I’ve been told that the desserts at Seasons 52 were pretty scrumptious. I had the chance to sample some at Lord and Taylor’s “A Taste of Garden City” event. They enticed me enough that I made it a point to visit the restaurant to sample some other dishes. I had the opportunity to eat there this week and, in a nutshell, the other menu options I tried did not fall {too} short of the desserts’ reputation.

The restaurant is located in the busy area of Roosevelt Field Mall but is enough on the outskirts that you don’t feel like you are “at the mall.” There’s a large, welcoming bar and live music. The Piano Man who was playing when I was there actually resembled Billy Joel and played a good variety of tunes.

My dinner dates and I started out with some wine- each of us choosing something different. The waiter brought each bottle to our table and we tasted our selections before we committed to the glass. We were all pleased with our first choice and decided to stick with them. I tried a South African wine that I enjoyed so much, I will likely order some online. 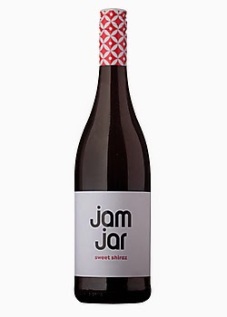 I love how Seasons 52 puts an emphasis on seasonally inspired ingredients. Each dish is less than 475 calories so you don’t have to feel too bad about dining out. We decided to taste a few things instead of ordering separate entrees. The blackened steak and blue cheese flatbreads were decent but I would try a different one next time. The warm California golden beets salad was so delicious that we housed three of them. Carmelized brussel sprouts with crispy bacon did not disappoint. I would skip the lump crab, roasted shrimp and spinach stuffed mushrooms next time around. 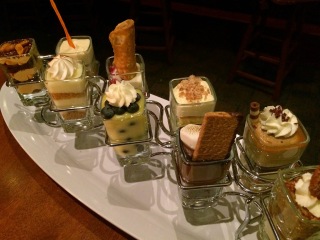 The dessert menu was more of a dessert showcase. Rather than presenting us with a paper menu, our {smart} waiter brought over the actual desserts- not fair at all. Resistance was futile at this point with the desserts staring us right in the face- there for the taking. Each looked fab and tasted as good as it looked. They were in small glasses resembling little dessert “shots.” High points for presentation. Equally high for taste. We tried almost every one and concluded that meeting here one day just for dessert wouldn’t be such a bad idea. Do you think the 475 caloric limit is null and void when you consume almost every dessert on the menu?

Thank you for reading http://www.InsideGardenCity.com. Please visit us on Facebook.